Part 2 in a Series

In the first article in this series, we covered the basics of self-directed/solo 401(k) retirement plans and introduced you to a different way of planning for retirement that is becoming increasingly popular among investors. Done the right way, a self-directed IRA/solo 401(k) plan can increase your options substantially and provide the extra assurance of allowing you to invest in an area in which you hold expertise.

So, let’s take the next step in educating ourselves on self-directed accounts. Perhaps the most important decision is to select the type of retirement plan. While there are many different types of plans, most are just derivatives of or alternative names for an IRA or solo 401(k) plan. This includes a Roth IRA, SEP IRA, Simple IRA, Inherited IRA, Solo-K, Uni-K, and One-participant K.

This brings us to an Enhanced Qualified Retirement Plan (EQRP). This one is very similar to a solo 401(k) plan. In fact, some in the industry argue that they’re exactly the same, but the company behind EQRP alleges that there is a key difference, which is additional creditor protection. Given that EQRPs and solo 401(k)s are similar enough, and for the sake of simplicity, we are going to lump it under the solo 401(k) umbrella.

Lastly, there are Health Savings Accounts (HSAs) and Education Savings Accounts (ESAs). Both are unique enough to warrant their own conversation, but since they are usually funded for a specific reason, such as medical and educational expenses, we’ll just say that they are viable options for investors, but stay focused on self-directed IRAs vs. solo 401(k) plans.

Why the Self-Directed IRA?

The self-directed IRA is the simplest option. Anyone under the age of 70 ½ years old is permitted to open one. In addition, the contributions may be tax deductible. You can either establish a new account by self-funding the plan or rolling over existing IRAs or 401(k)s. The amount rolled over from prior years’ contributions does not count toward the current year’s contribution limit. Once an account is established, you now can invest in almost anything you want besides the IRS prohibited items. The ability to diversify into alternative investments and the ease with which almost anyone can set one up are the only two pros of self-directed IRAs.

Lastly, it’s important to note that with self-directed IRAs there are third-party custodians that serve as intermediaries between you and your investment—usually the company that’s providing you with the self-directed option.

The custodian is responsible to hold and administer the assets, and handle recordkeeping, but the investor can’t expect the custodian to perform due diligence on the investment.

In addition, just because there is a custodian, it won’t prevent you from investing in a prohibited transaction. That’s why it’s important to understand that the custodian should only be treated as a facilitator, and nothing more. 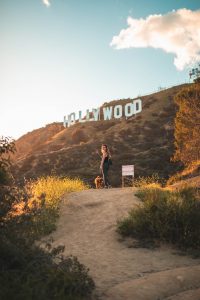 Once established, you now have what’s called “checkbook control” over your retirement accounts. This is exactly what it sounds like: You or the self-directed company set up a bank account giving you access to a checkbook that allows you to begin investing in almost anything (besides the list of prohibited transactions) without a custodian’s intermediary role. This usually helps with keeping the fees down and expedites the time it takes to invest in a deal. In some cases, how fast the funding is provided dictates whether a deal can be made.

Even though you must pay back this money—and not following the proper procedures can lead to very negative consequences—the access to that money is usually a very positive feature.

The last major consideration that I wanted to briefly mention but will discuss in greater detail in the next article in this series is the Unrelated Business Income Tax (UBIT). This is the tax that is charged due to the leveraged portion of your investment. For example, if you put a 30% down payment on a rental property but[1], a 401(k) exception exists under IRS code section 514(c)(9) that doesn’t exist for IRAs.

The loan provision, along with the non-custodian requirement, the UBIT tax exception, and the higher contributor limit are the main reasons why investors usually favor solo 401(k) plans over a plain self-directed IRA.

So far in this series, we introduced the concept of self-directed retirement plans. We outlined some of the other names for these types of plans and how similar they can be to the traditional options most of us are already familiar with. Next, we looked at some of the reasons why an investor may choose a self-directed IRA vs. a solo 401(k) plan. In the last article in this series, we are going to explain UBIT taxes in more detail and discuss why they play such a big part in the decision-making, as well as the topic that scares most investors away from self-directed IRAs: prohibited transactions.

Disclaimer: The information presented in this article is for informational purposes only and does not constitute professional financial or investment advice. The author does not make any guarantees or promises as to the results that may be obtained from it. You should never make any investment decision without first consulting with your own financial advisor and conducting your own research and due diligence. Even though the author has made reasonable efforts to ensure that the contents of this book were correct at press time, the author disclaims all liability in the event that any information, commentary, analysis, opinions, advice and/or recommendations contained in this article result in any investment or other losses. Your use of the information in this article is at your own risk.

[1] Per Investopedia- Non-recourse debt is a type of loan secured by collateral, which is usually property. If the borrower defaults, the issuer can seize the collateral but cannot seek out the borrower for any further compensation, even if the collateral does not cover the full value of the defaulted amount.