Part 1 in a Series

Many investors are surprised to learn that they can invest in alternative investments using their own retirement account. In fact, there is over $12 trillion combined in individual retirement accounts (IRAs) as of 2020[1].  With such an astronomical amount, it’s not a surprise that investors try to access some of that money to invest into assets that are not publicly traded on the stock market. The way an investor does this is by setting up a self-directed IRA or a solo 401(k) account.

We will get into the pros and cons of each later in this educational series, but for now, it’s important to understand that the option exists.

For the purposes of this article, that shift should be viewed as a positive not a negative.

If you’re an investor reading this article, you likely embrace the opportunity to educate yourself to take control of your retirement. As scary as it may seem, that is where the train is going.

For people who make the counter argument, they certainly enjoy receiving a great fixed pension when the sun is shining, but they must deal with the uncertainty of having that pension cut at any given moment if the entity becomes financially stressed (probably, in part, due to the great pensions they provide). While they are quick to point out that these pensions were promised for their hard work, promises unfortunately don’t supersede the balance sheets of the entity. Too often, municipalities and even Fortune 500 companies have succumbed to the heavy burden of the defined benefit plan. 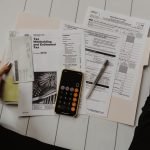 A defined contribution plan allows the employee to bypass the employer’s balance sheet and go directly to their own subject to an annual maximum contribution level, which depends on the type of retirement account and taxable year. For example, in 2021, an individual (different for a family for the HSA) can contribute a maximum of $3,600 to an HSA, $6,000 to an IRA ($7,000 if the individual is over 50), and $19,500 to a 401(k) plan. All of these can be done at the same time if the individual plan isn’t overfunded (I’ll explain the parameters for this later).

First, let’s look at some of the options available with defined contribution plans.

There’s an old rule of thumb that states that people should invest at least 25% of their portfolio into real estate. Prior to self-directed accounts, this meant acquiring REITS or other public securities that had exposure to the real estate market. However, most investors have their investment portfolio primarily allocated to stocks, money market funds, mutual funds, and ETFs. The reason for this is simple: Those are usually the only options provided to them by their retirement provider. The retirement provider is a third-party custodian, like Vanguard or Fidelity, and these institutions either offer their own financial products or a collection of similar publicly traded equities. Private securities, on the other hand, which include most alternative investments, are rarely (if ever!) on the menu. 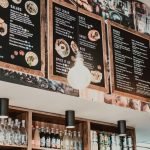 However, there is a different way. Most of the previous retirement options mentioned—like 401(k) plans, Roths or Traditional IRAs, and even HSAs—have a self-directed option. The only real difference is the custodian or lack of custodian used offers different investment options, including private securities. We are going to compare the difference between a custodian administered self-directed plan and a non-custodian plan (and the related concept of “checkbook control”) later in this series.

I usually get the same response—“Really??”—when I mention to investors that there are a wide range of options a self-directed account allows them to choose from. This includes rental properties, tax liens, vacation properties, syndications, businesses, even cattle. Almost all investments besides life insurance, S-Corp shares, and collectibles are allowed in the self-directed world. Even life insurance has some exceptions in the solo 401(k) space.

This brings up one of the most significant realizations an investor has. They have control of their retirement and the direct ability to invest in something that they inherently know versus relying on a professional to invest in based on the whims of the market. For example, imagine a rancher who spent the last 40 years doing one activity: ranching. You would assume that they really know cattle. If you gave that rancher a choice in his later years, what he felt more comfortable with investing in—cattle or Wall Street—which do you think he would pick? Now, of course diversification is important, and I don’t recommend that anyone go out and invest their entire savings in cattle, but the option for someone to put at least some money into their wheelhouse is priceless.

One important caveat: There are a list of prohibited transactions that an investor can’t do with their retirement funds. So even though the rancher is allowed to invest in cattle, he or she must do it in a way that avoids a prohibited transaction. I will explain later in the series what that means.

The business owner wears two hats in a 401(k) plan: employee and employer. Contributions can be made to the plan in both capacities. The owner can contribute both:

In the previous example provided by the IRS, Ben tapped out at $38,500—not the stated $57,000 limit. While this can get complicated because the contribution limit can vary, it’s still considerably higher than the traditional contribution limit.

A qualified CPA can provide guidance during the fiscal year to make sure an individual doesn’t overcontribute.

In this article, we covered the basics of self-directed/solo 401(k) retirement plans and introduced you to a different way of planning for retirement that is becoming increasingly popular among investors. Done the right way, the self-directed IRA/solo 401(k) plan can increase your options substantially and provide extra assurance of being able to invest in an area in which you hold expertise.

In the next article in this series, we’ll cover:

Disclaimer: The information presented in this article is for informational purposes only and does not constitute professional financial or investment advice. The author does not make any guarantees or promises as to the results that may be obtained from it. You should never make any investment decision without first consulting with your own financial advisor and conducting your own research and due diligence. Even though the author has made reasonable efforts to ensure that the contents of this book were correct at press time, the author disclaims all liability in the event that any information, commentary, analysis, opinions, advice and/or recommendations contained in this article result in any investment or other losses. Your use of the information in this article is at your own risk.